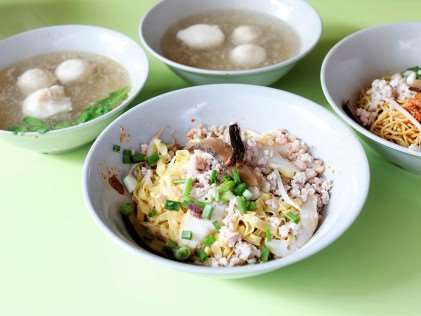 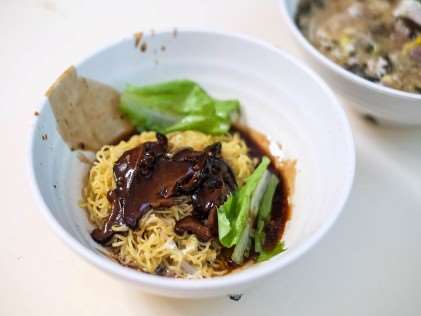 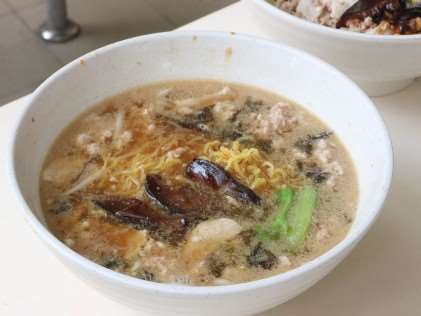 Having been operating for 36 years, Seng Kee Bak Chor Mee's loyal fans have followed the stall from Eunos to Serangoon Gardens for its bak chor mee and fish maw soup. Lying on a base of thick mushroom sauce mixed with chilli, the springy noodles are topped with minced pork, sliced pork and mushrooms braised for 4 hours. Order a bowl of robust fish maw soup made using pork bones boiled for hours to accompany your bak chor mee. Owner Mr Lee is known for tossing bowls into the air before ladling your noodles in, so look out for that. If this is your favourite Bak Chor Mee stall, cast your vote for it now!